Opinion- Normalization of UAE, Israel reframes peace as we know it 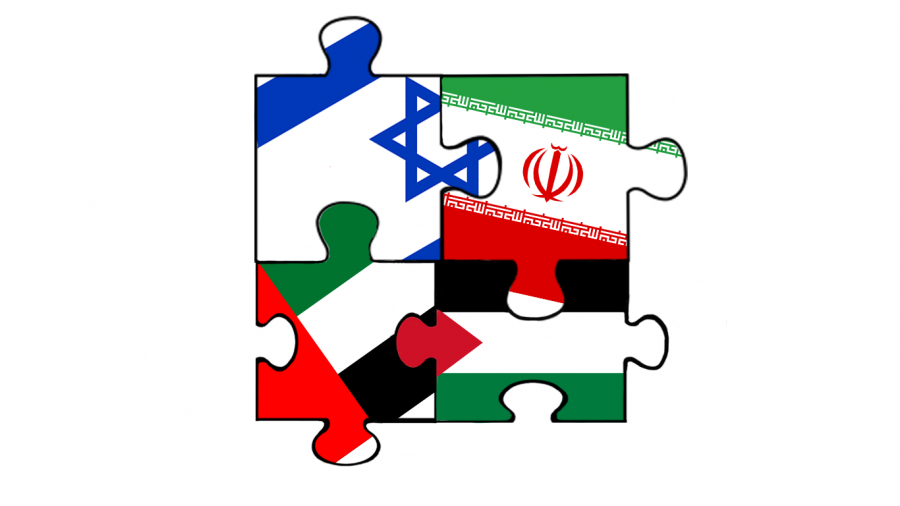 A graphic depicts Israel, Iran, UAE and Palestine flags interlocked in a puzzle to show the evolving relationships of the Middle Eastern countries. Normalization may put peace on the horizon, but where to go looking forward still looks puzzling. "This is going to have to take generations of this normalization working," GT Humanities and Human Geography teacher Noel Witte said. "But I hope that they can."

The United States helped broker the normalization of relations between Israel and The United Arab Emirates August 13.

In terms of diplomacy, normalization means making a relationship cooperative, especially after riffs or conflicts have taken place.

“Normalization is the process of, essentially, a form of peacekeeping,” GT Humanities and Human Geography teacher Noel Witte said. “It enables there to be less tension.”

While normalization has been a great first step, this has just been the end of a long and complicated road.

Relations between Israel and other Arab countries have always been strained, specifically because of Palestine. Israeli prime minister Benjamin Netanyahu, even after normalization, has continued to push the possibility of forcefully taking parts, or annexing, parts of Palestine.

Counties such as Qatar and Jordan have threatened consequences for Israel’s plans to annex parts of the region. This has acted as a massive roadblock for any normalizations between Israel and other regional actors.

But another country has played a role in overcoming that hurdle.

Iran has risen to become a regional and even global threat, and this rise has not gone unnoticed by the major parties of this deal.  The threat of Iran has pushed other nations in the region together.

The complicated history of the region, as well as the fanfare that accompanied the deal, insinuate that a lot has changed.

This isn’t quite true.

Given that both countries already had pre-existing security agreements and limited diplomatic measures in place, normalization was a long time coming. But that certainly isn’t to say that this changes nothing.

From possible arms deals with the US in the UAE to a huge political win in Israel, both countries independently gained a lot, but agreements like this tangibly affect the US.

Earlier this year, the assassination of Iranian general Qassem Soleimani escalated tensions with the US to a boiling point, making war a pressing issue on many Americans’ minds.

“With the fact that there is potential for nuclear war,” Witte said. “the possibility for that to spread outside of that region is a very real, very serious threat.”

At the end of the day, good news in the Middle East is good news for the rest of the world.